I noticed ‘in old data’ a balloon had passed over the UK on the 4th of March. KK6PNN-5 seems to have been around the earth at least once on its journey so far. Intriguing indeed !

I had received quite a number of APRS packets from the balloon through MB7UNE-10 but the one shown in the image below being the most distant.

A quick google search revealed it was released from the University of California, San Diego, on the morning of 12/02/17. A near-space balloon with an APRS pico payload on SBS balloon with H2. 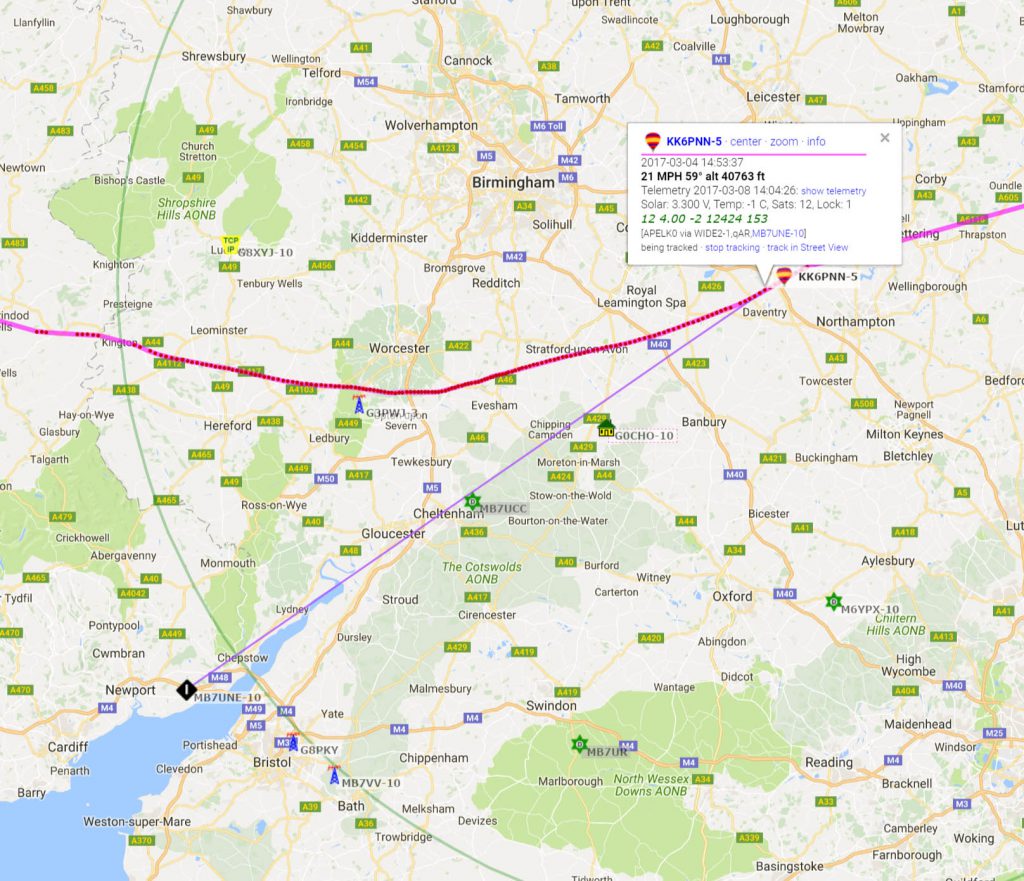