I took a short drive down to the Magor wetlands last night, which is a couple of minutes drive from my house. There is a rough track with a number of large reens that run along side and branch off. The water table is very close to the surface, 12 inches from road to the surface in the reens at most. My location is shown in the map below, and I was only 8ft ASL according to the ICOM 7100 gps. 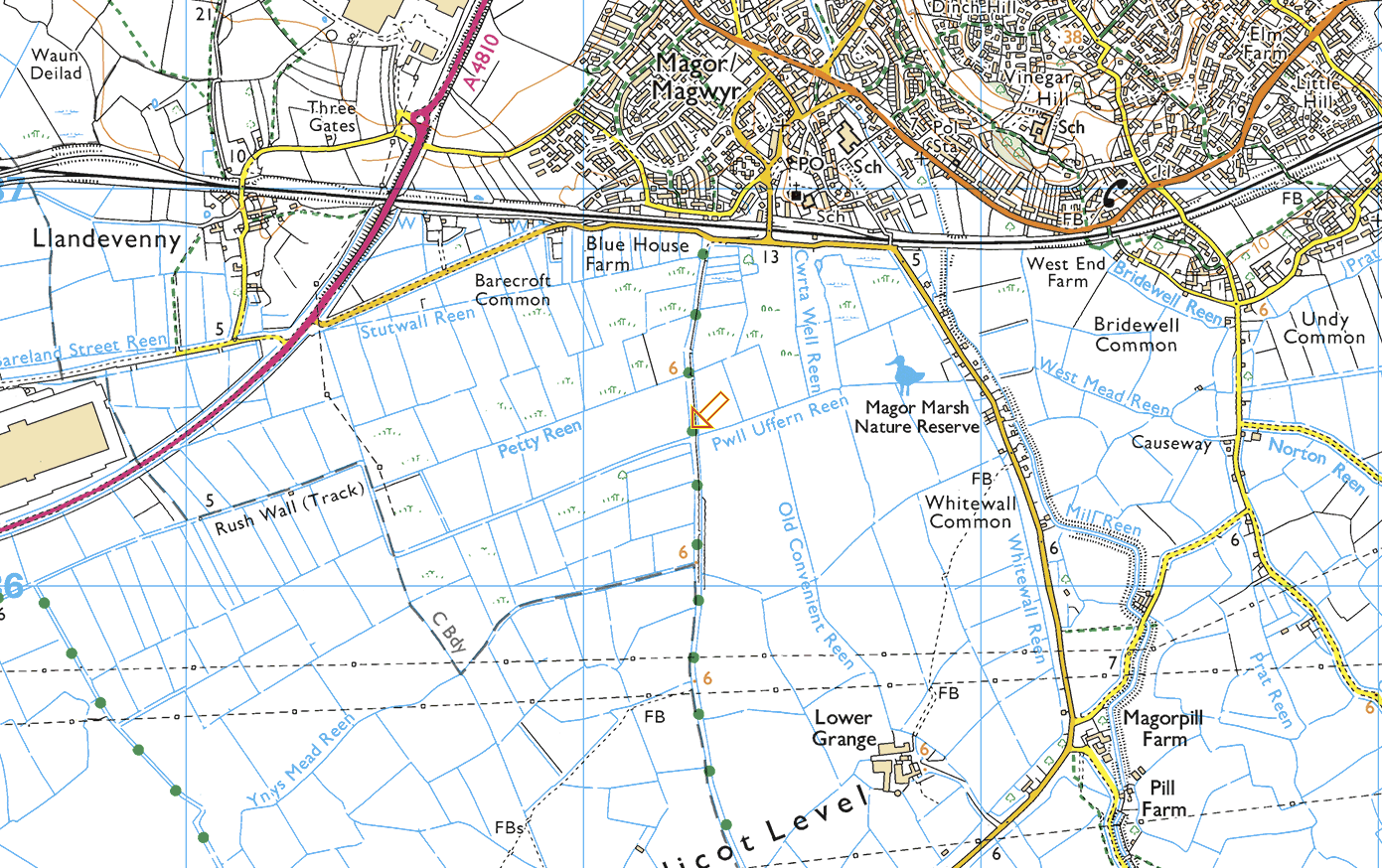 I set up a HF antenna, which was roughly 128 ft inverted L, running north/south. A fibreglass pole velcroed to the Landrover held up one end. I also taped my NR7900 (2m/70cm) antenna to this pole half way up, about 1m above the car body work. The other end of the L was held up by another fibreglass flag pole, some 90ft away. I used my small trailer to hold the other mast. The horizontal was about 20ft above the deck.

I tried adding a ground wire from the SGC into the water/reen but was unable to tune top band when I did this. I would probably need to adjust length of antenna. All other bands would tune with the additional ground plane.

I felt the spot would be hard to beat for some great HF’ing.  What with the water table, 400m to closest trees and lack of buildings around makes it a great spot. I was suffering from S8/9 noise on 80m but this could have just been conditions/static QRN. I will be heading down there with the analyser, setting up and doing some tests with a ground wire into the reen and without to see what impact it is having.

I pulled the plugs around 10:30pm and headed home. I put a call into GB3RT as I was driving back up the track and I talked to MW0GUK (George) who wanted a radio check. He was sounding fine, although he dropped off the repeater around 10:40pm, perhaps a battery issue.