So after moving into his new flat at the end of 2015, it was time to get 2W0ODS (Dale) back on the air. I placed an order for a couple of 6m ally scaffold tubes (5mm wall) and split the delivery with Dale. They arrived after some coaxing from the supplier and Dale picked one up and took it back to his home QTH on the car roof rack. 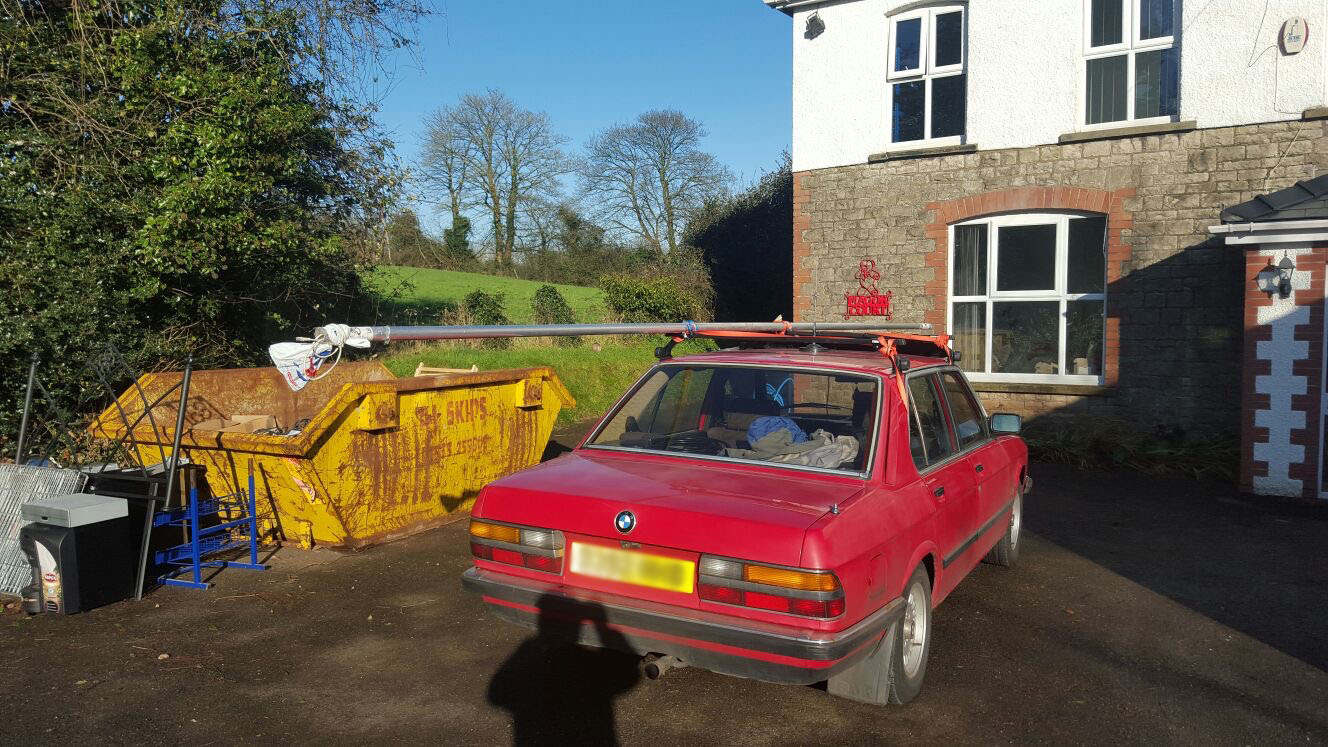 Work was started around 10:15am yesterday in the glorious sunshine, the air cold and fresh with frost in the shade lasting all day. The first plan of action was to recce the situation and work out where everything was going. Dale’s garden is roughly 15ft square so we decided the 6m mast/pole would be as far from the house as possible. A corner was selected due to the number of concrete fence posts making it extremely strong, and a 50ft+ Silver Birch tree, the candidate for the end of the inverted L.

GW4BLE (Steve) arrived later in the morning and Dale donned his chefs outfit and cooked up some very nice bacon and egg crusty rolls. Dale was on soldering duty whilst Steve and I built up the X50 Diamond collinear antenna. A dirty choke was added (6-8 loops of at with 6-8 inch diameter) for good measure. A fixing point was also added to the top of the mast to attach a pulley to ‘pull’ up the inverted L. Paracord was the cordage of choice with its 550lb breaking strain.

Everything was fitted on the pole and it was lofted 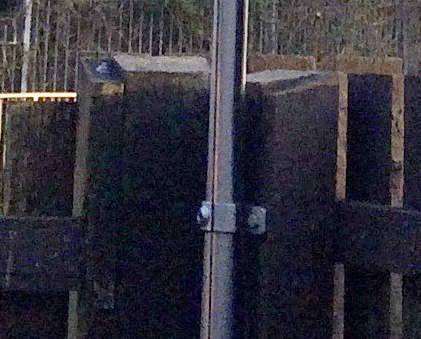 into place. Three mounting points using the existing fence bolts with new nuts that pass through the concrete post, and three wood bolts. A couple of rope tie offs were also added to the post. 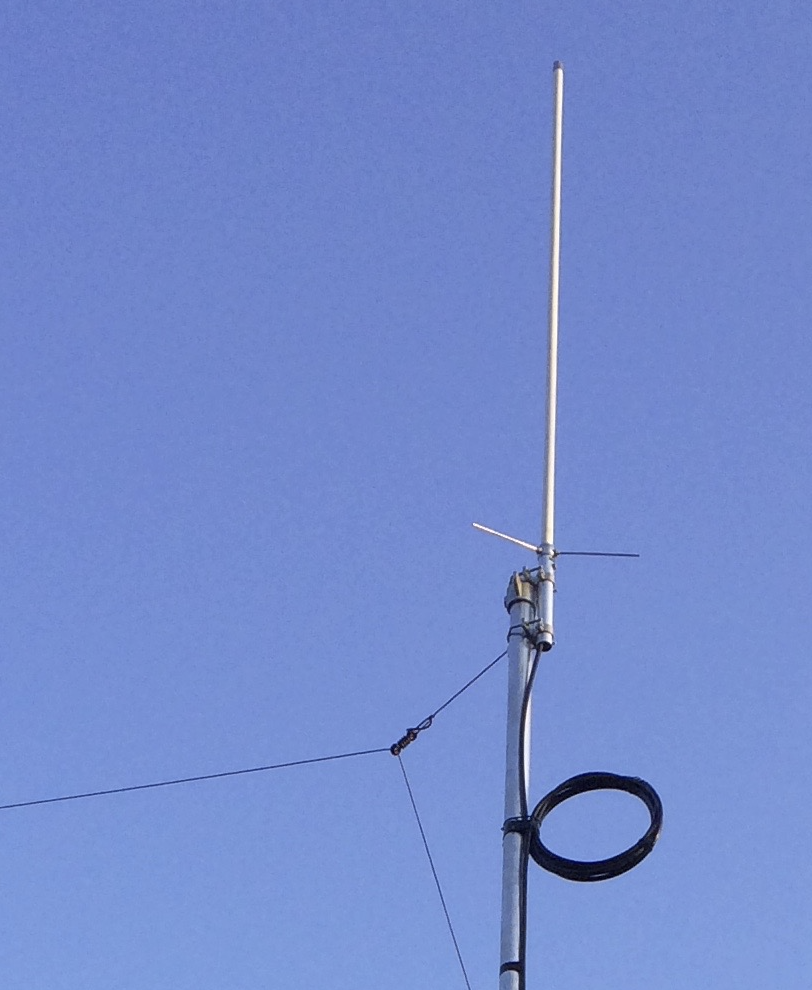 Now it was time to work on the tree. After a number of failed attempts and bruised fingers, an M12 nut was fired over the silver birch taking with it some 18lb fly fishing cord. This was then used to pull 100ft of paracord up through the tree and over. We estimated the height of the end of the inverted L to be about 40ft. The dog bones added to the end of the L (1.5mm conduit cable in grey) and a bungee added at the base to add some ‘give’ to the system.

The SGC-237 coupler/atu fitted, with 10mm of ground wire running off to a single 4ft copper rod driven in as a makeshift ground. This will be added to with more rods in a grid pattern spaced at 4ft, and as many radials as we can fit in.

Everything was made good, and I headed off around 5:10pm, quite a long day of antenna installing. Dale was left with the connections to the HF set and ensuring all was working. Later that evening I had a QSO with him and his signal was a good 10 over 9. Everything reportedly working well and top band tuneable. As a rough estimate the wire length is in the order of 90ft give or take. 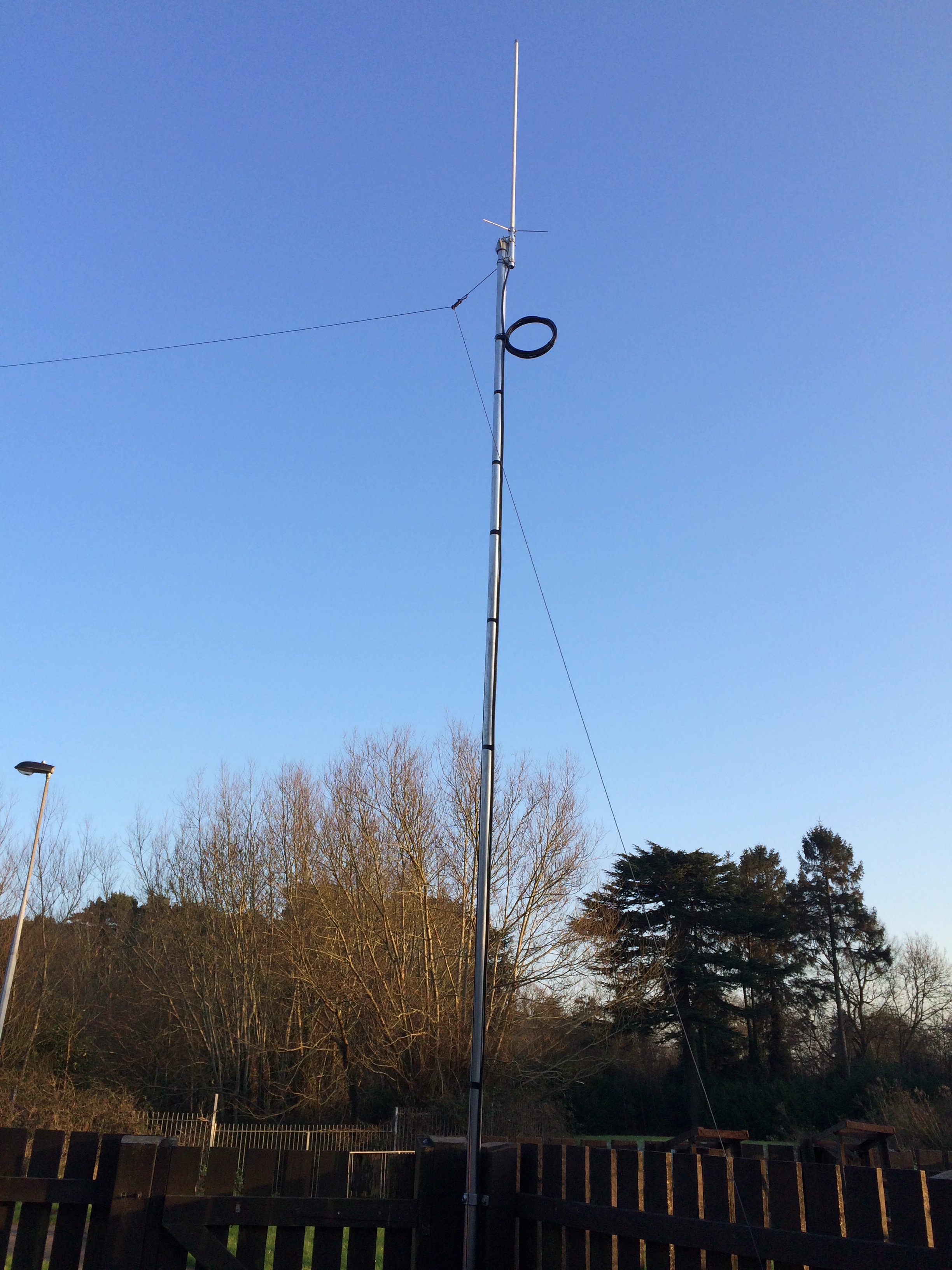 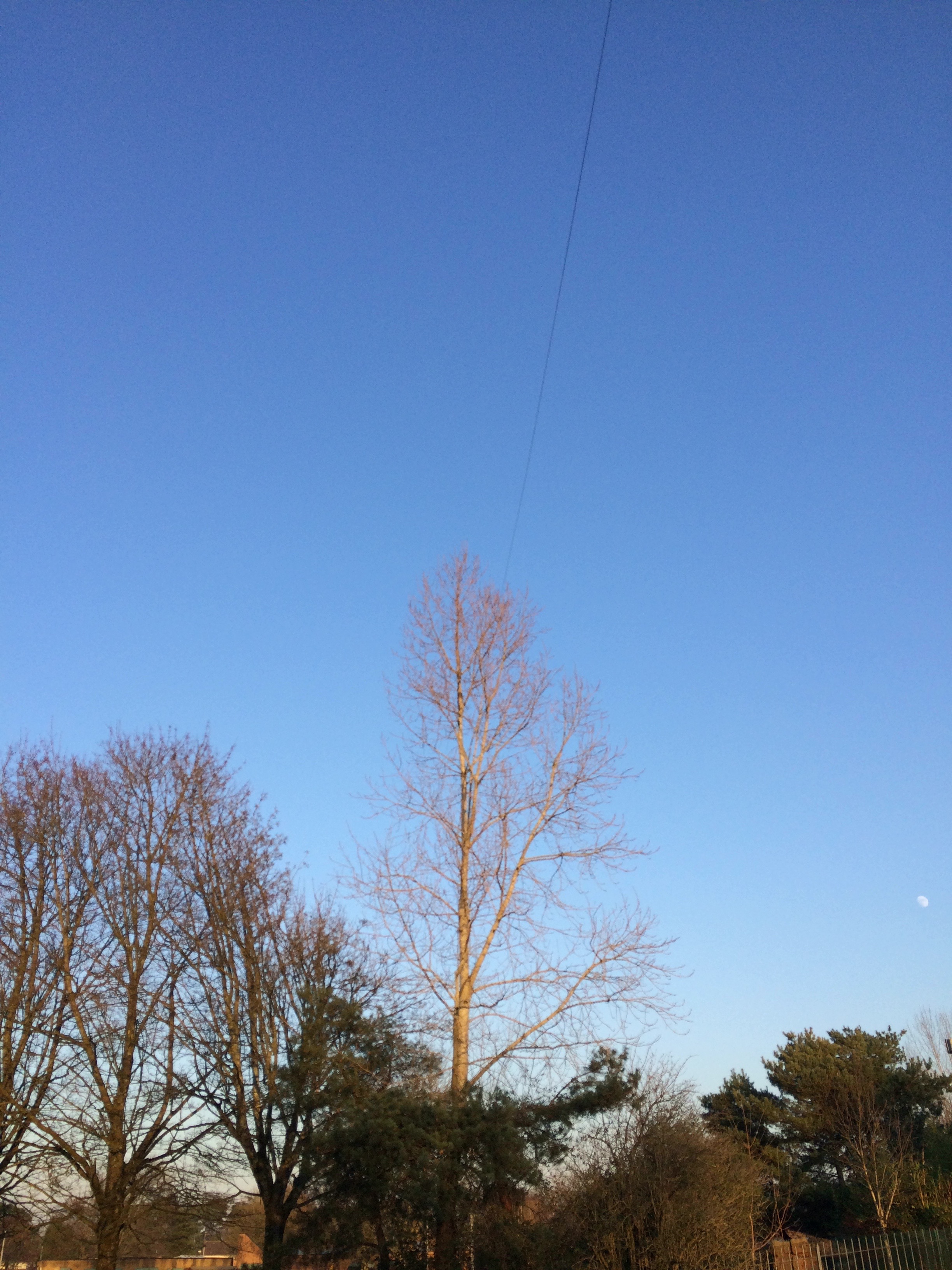 So all in all a fantastic install with everything working well. It is great to have Dale back on the air again and we will be performing some more tests in coming days. His qrm at this location does not seem to be as bad as his previous qth. 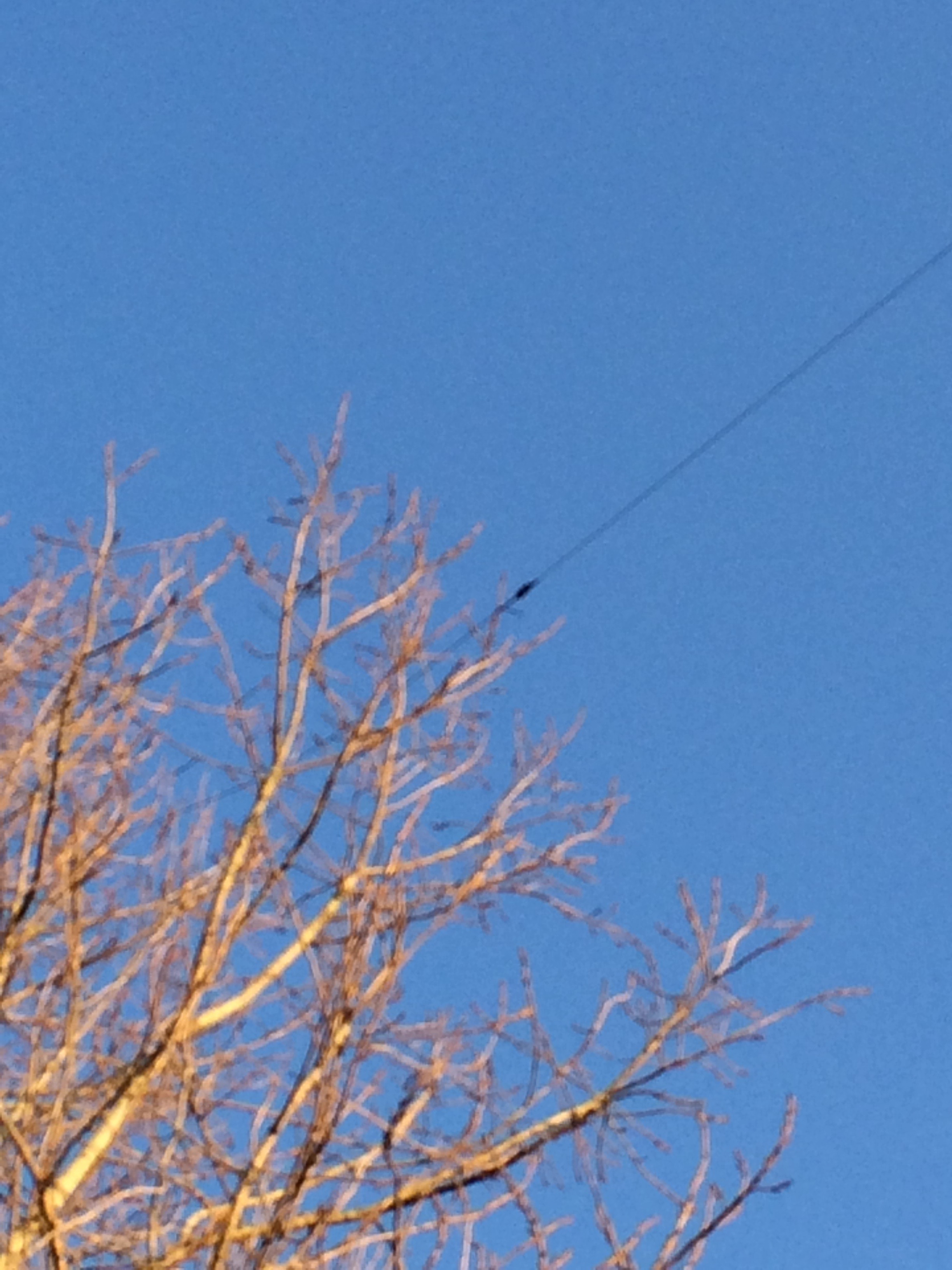 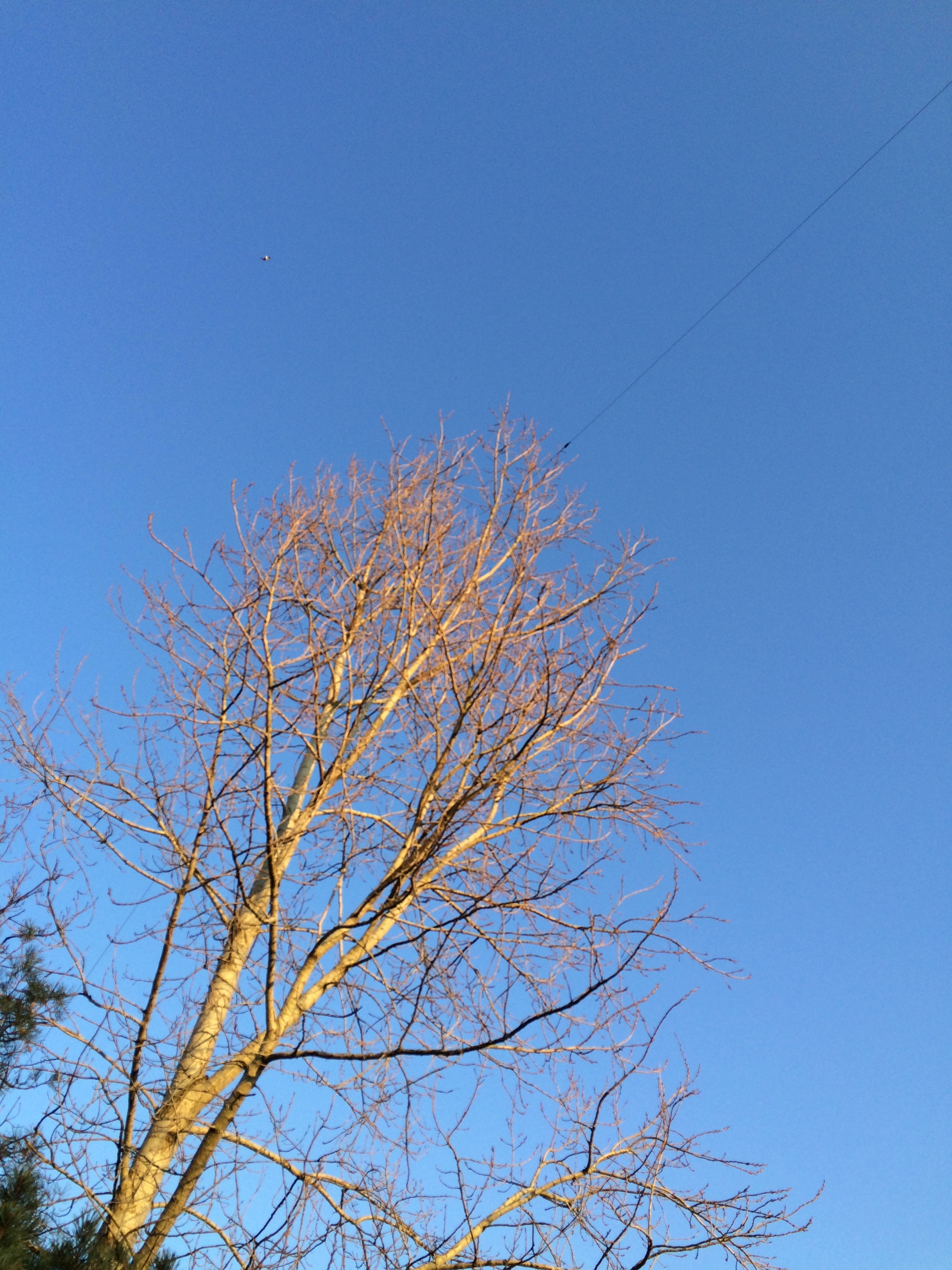 It will be interesting to see what Dale can work with the L, and things will only improve as we add more and more ground radials. Incidentally a reen runs some 40ft from the base of the L so the ground there is nicely damp and should act as a great ‘mirror’.  Happy DX’ing Dale 🙂

2 thoughts on “Back on the air”